While many in poker don’t realize this, Glogow is the main driver behind producing the episodes of WPT for FS1. In a world of televised poker where we have fantastic male producers who have gained notoriety in the past, Glogow quietly is the driving creative voice behind one of the most enduring brands in poker. Working her way up from segment producer when she first started in Season V to one of the lead producers of the show.  Glogow embodies all of the character traits in poker: a hard-working woman who does her job, does not seek attention, and lets her finished product speak for herself.  Moreover, to our knowledge there have been no women on the production side of poker that has reached the level of power and involvement of Supervising Producer of an internationally-aired television show. In her time at WPT, Glogow has been part of an effort to include a diverse group of women into the show, such as the creation of the anchor position once occupied by Kimberly Lansing and now filled by Lynn Gilmartin, incorporating the on-the-site female reporters like Amanda Leatherman and Jessica Welman into the production, because she felt their experiences alongside the tournament were more useful, than a sideline reporter simply coming in for the final table. 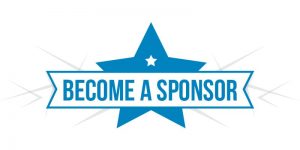